The Dark Matter research group (CIEMAT-DM) of the CIEMAT-FP Unit (Centre for Research in Energy, Environment and Technology in Madrid, Spain) announces the upcoming opening of a predoctoral position for outstanding young MSc graduates interested in working in direct Dark Matter search activities towards a PhD Thesis. The 4-year PhD contract is funded by CIEMAT. The official call will be announced in the webpage http://www.ciemat.es/portal.do?IDM=254&NM=2 in the upcoming weeks (February-March). It will also be announced at http://cfp.ciemat.es/predoc, http://darkmatter.ciemat.es/predoc and in social networks. The candidate must have a Master Degree in Physics (according to the Bologna Declaration).
The CIEMAT-DM group participates in the DArT experiment in the Canfranc Underground Laboratory (LSC, Spain), in DEAP-3600 (SNOLAB, Canada) and in the DarkSide-20k experiment to be installed in the Gran Sasso National Laboratory (LNGS, L’Aquila, Italy). The PhD student is expected to work in the analysis of physics data, as well as in the development of innovative hardware, detector simulation and analysis software for current and future LAr detectors. The selected student is expected to spend part of his/her time at LSC, LNGS, and other collaborating institutes worldwide. 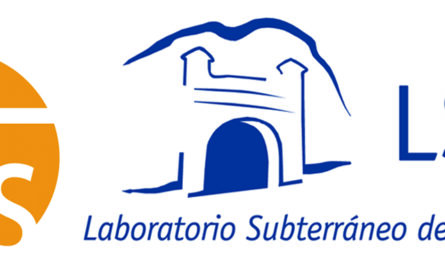 PhD Program in Physics of the University of Trieste