We share the work done in a clean room to make changes inside a detector. As you can see, taking care of possible contamination is essential and, for this reason, the clean room of the Canfranc Underground Laboratory is used. The team has been working all last week and continue to work this week to get the detector ready to take data the next week. In addition to this work, they have made this fantastic video and added music. Bravo!!
TREXDM is an experiment devoted to the search for low-mass WIMPS, installed at the LSC.
#darkMatter #undergroundLabs 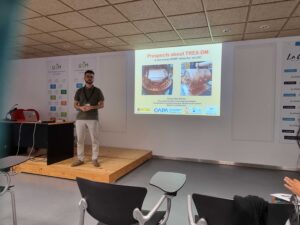 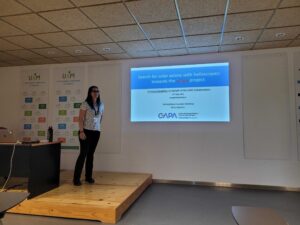 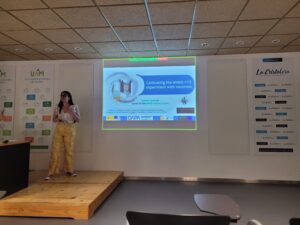 Call for research position at the Nuclear and Astroparticle Physics Group – Centro de Astropartículas y Física de Altas Energías (CAPA)- Universidad de Zaragoza
1 postdoc position
We are looking excellent and motivated candidates with experimental particle physics background to join the IAXO-UZ group.
The host group at the University of Zaragoza has a leading role in the International Axion Observatory (IAXO) experiment, whose primary aim is the detection of axions emitted by the Sun.
The near-term goal of the collaboration is the construction and operation of BabyIAXO, an intermediate stage to serve as prototype of the final IAXO systems, but already with a relevant physics program in itself.
The five years duration of the project should encompass the construction, commissioning and first physics results of BabyIAXO.
The positions here offered are intended to reinforce the activities of the Zaragoza group for the preparation of the BabyIAXO experiment, which are focused in the development, preparation and characterization of a new low-background Micromegas-based x-ray detector for the focal point of BabyIAXO.

Interested candidates should send their CV, a letter of motivation to:
iaxorecruitment@unizar.es.
In addition, they should arrange for two letters of recommendation to be send to the same address.

More details on the research performed in our group can be found here:
https://gifna.unizar.es/iaxo/ 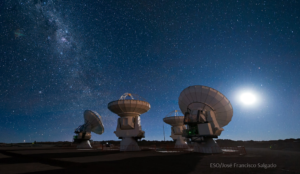 Abstract: This presentation discusses synergies between different plasma physics fields, emphasising in the astrophysical plasmas. In particular, exoplanet habitability is a hot topic in the scientific community, devoted to developing new observational as well as numerical models dedicated to analyzing the exoplanet environment. In the last decade, MHD models are applied to study the magnetic field generation by dynamo effect in the convective layer of stars, the production of stellar winds as well as the interaction of the stellar wind with planetary magnetospheres. We show the last advances in the modelling efforts to analysis the effect of the space weather conditions on the exoplanet habitability, that is to say the interaction of the stellar wind and the exoplanet magnetosphere. In addition, the radio emission from exoplanet magnetospheres is numerically evaluated identifying trends regarding the space weather properties

END_OF_DOCUMENT_TOKEN_TO_BE_REPLACED 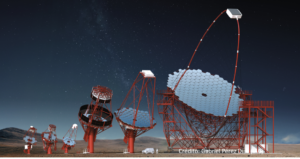 Cherenkov telescopes are instruments optimized for detection of very high energy (VHE, E > 100 GeV) gamma rays from astrophysics sources. They play a crucial role in testing possible consequences of Quantum Gravity (QG), such as violation or deformation of Lorentz symmetry. In both cases, the photon dispersion relation is modified, making the photon group velocity energy dependent, and possibly modifying kinematics and dynamics of electromagnetic interactions. These tiny effects are vastly below the sensitivity of present-day laboratories. However, if real, they could be measured using VHE gamma rays of astrophysical origin. Cosmological distances that they cross serve as a natural amplifier for the QG effects. While no deviations from the special relativistic predictions have been detected, strong constraints have been set on modified photon dispersion relations.
In this session we will explain the process of testing implications of modified photon dispersion relations on VHE gamma rays using Cherenkov telescopes. We will cover different stages from observations, Cherenkov telescopes’ data analysis, statistical methods employed, and finally setting constraints on the QG energy scale.

Abstract: In this talk, current and future efforts to detect gravitational waves from Earth and space observatories will be reviewed. Diego will also emphasise the physical consequences of these searchers, in particular regarding fundamental physics (primordial cosmology, dark matter, modified gravity…) 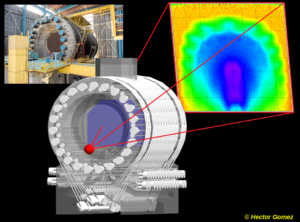 Abstract: The use of muons produced at the Earth’s atmosphere as radiation source for the scanning of big structures is usually referred as muography. Since first muography attempts by Alvarez in the 1970s, the range of applications of this technique has been broadened in the last years mainly due to the advances on the particle detectors used and to the improvements on the analysis techniques. Thus, different muography measurements have been done for vulcanology, archaeology, geotechnics or civil engineering. Among these different applications, the IRFU group (Institut de recherche sur les lois fondamentales de l’Universe – CEA – France) is developing since the last years several projects regarding Nuclear Safety. They include the characterisation of nuclear reactors and their real-time surveillance or the verification of waste containers. After a general introduction to muography, this seminar will be focused on these activities carried out at CEA and their main results, including those about first 3D reconstructions using this technique, passing from muography to muon tomography.

Link to the video 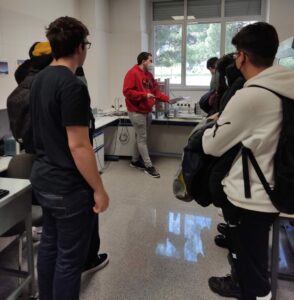 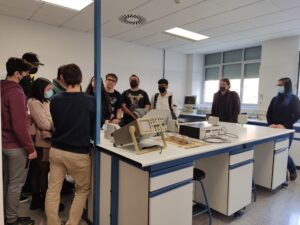 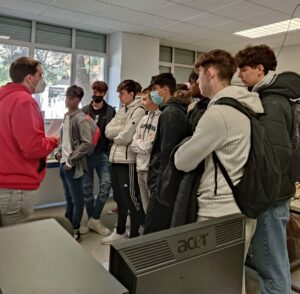 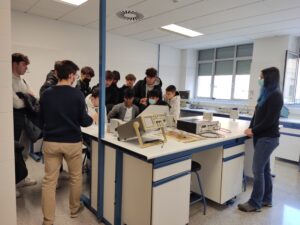 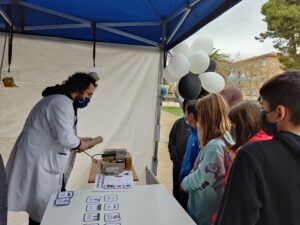 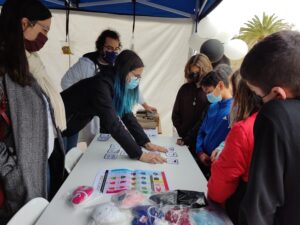 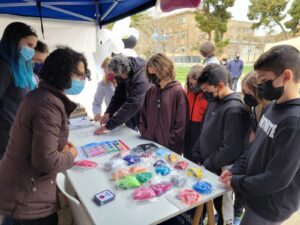 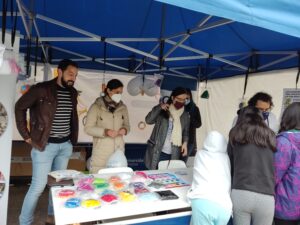